What is the Future of Solar Power?

The future of solar power as an energy system alternative to fossil fuels remains one of the top renewable energy news stories worldwide. It has been for several years now. Many countries and even states within the USA have adopted solar panels as a primary power source. Solar power companies and new types of solar power applications have many investing in solar energy. The market share value of solar energy production will increase in the future. It is only the tip of the iceberg that is being seen now in the emergence of investments in solar.

Need help with your solar marketing?
Call us for a free consultation:

What are some future trends in the solar power industry?

Here are ten top trends currently in the solar industry:

Invisible solar power is trending and being accepted

The more the solar power industry progresses as an alternative to fossil fuels in the future, the more inventive it becomes. Some ideas might seem like fantasies, but they are already in pre-production or even production. Solar systems with solar windows are a prime example of this progression. So are the solar panels placed into roofing. While some states and companies in the USA are already producing these, the roof panels especially can still be costly to purchase and install.

It goes without saying then that the USA producers and companies face future obstacles in making windows and roof panels that are affordable to the majority of property owners in the USA. The windows are a definite method of using solar panels without being obvious to visitors as the window panels look exactly like glass.

Colder climates in the USA also have difficulties capturing and, more importantly, keeping the solar energy sufficient during the winter months when very little daylight or sun occurs. This adds to the burden on homeowners and commercial property owners. Regulations in the USA also establish that a minimum of 65 degrees F must be constant in all properties to avoid citations for building code violations.

Each state also has municipal solar technologies laws that must be followed on any installation of solar cells on top of federal laws. The solar windows are less costly than the roof panels and are made out of silicon plastic. However, the placement and design must be exact for the best energy efficiency.

The rise in alternate uses for solar power

More trends in solar power, solar cells, and distributed energy resources are definitely on the horizon:

These are just burgeoning and not as established and well known yet by many in certain areas of the USA. Although called farms, there are no crops but large amounts of solar panels that are strategically placed. They can be found on large tracts of land. There, they capture solar energy and then transport it to the electric grid for distribution as energy to homes and businesses.

Federal lands are sometimes being used for these solar cell farms. However, the land must be cleared of all foliage such as trees and brush for the sun to shine through and have enough access to a steady stream of sunlight. 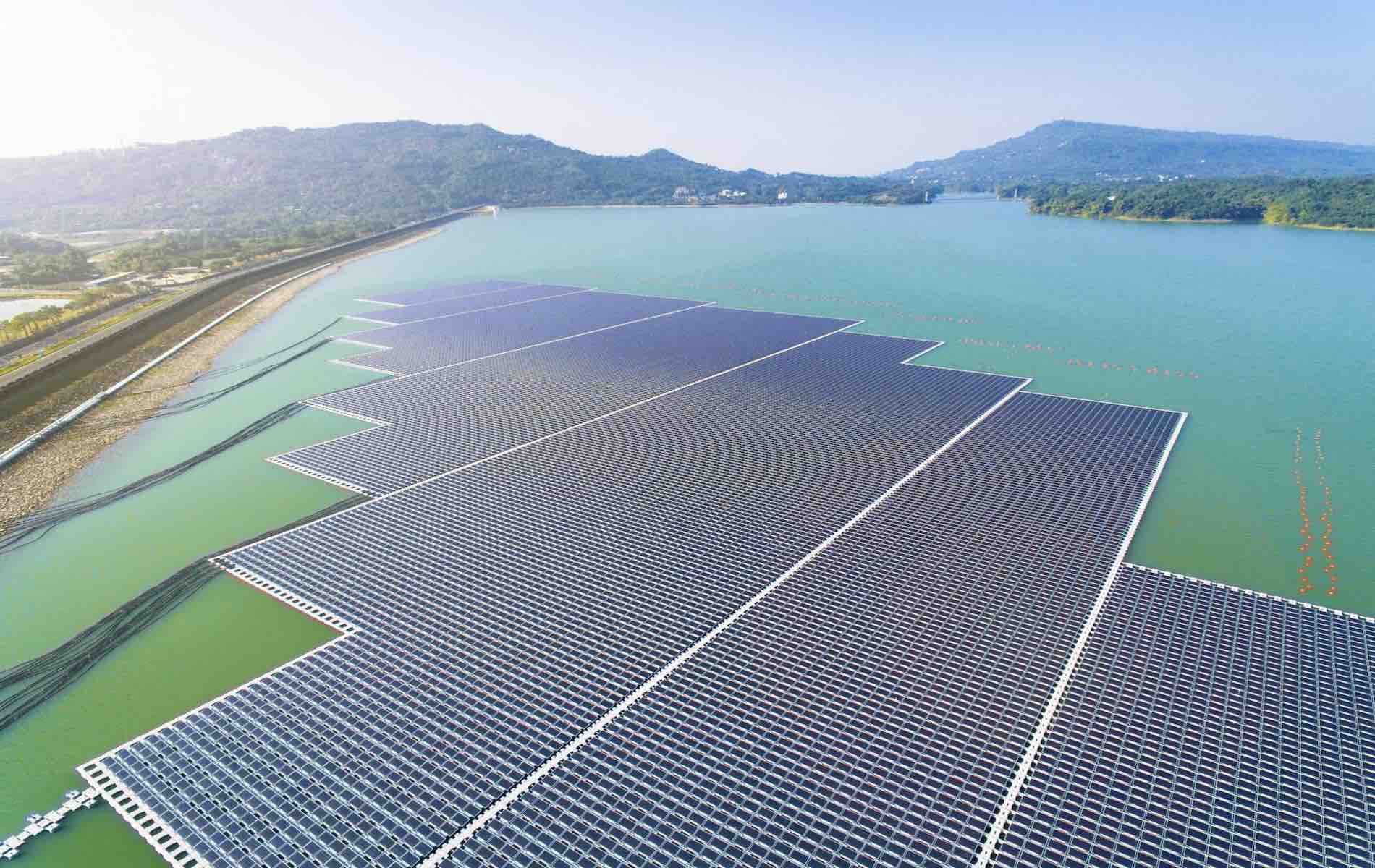 Storage of solar cell power for nighttime electricity demand is always a consideration. With this in mind, hybrid solar technologies have been developed where a solar plant that uses part battery power and part solar keeps the electricity flowing even during the evening and night.

These hybrid plants tie into the electric grid used in conjunction with the solar farms to generate electricity. There is a great deal of engineering knowledge that must be used to coordinate the solar cells, farms, power grid, and solar plants.

These two items need to be addressed together as the engineering, production, and implementation of solar cells are basically the same. Some homes use shingled roofing, so the reference to shingles is not meant for the sides of a property. The roof tile and shingle solar panel options are made of a photovoltaic building material that resembles traditional roofing tiles and shingles, yet harnesses the sunlight to power the building’s electrical needs.

This topic was touched on briefly above, but the trends do continue as solar, and its proponents push forward with breakthroughs constantly. Storage for electricity demand has always been a concern of the average consumer. Living in the dark and cold is not acceptable, and as stated previously, some areas will need more storage than others.

The trend now is for unused federal lands and farmlands to be converted into solar farms. Storage now does depend upon complete engineering approaches for storage both by individuals and the government. Many areas in the USA will need many solar farms, grids, and storage facilities that are hybrids. There is no one solution since the landscape of the USA is so diverse.

The trend overall towards storage shifts constantly. Preparation and planning must be done by any company or even the government to settle on a plan that will be effective and affordable for most Americans.

As it is now, in some areas of the USA, the solar panel farms and plants with existing panels are not readily available and are not close enough to grids to be effective. This leads to a high cost for consumers as, like every other type of energy, the farther it must travel to be used, the higher the costs are.

Similar to this solar futures study, experts from the industry were appointed to define each technical report. This solar futures study report also provides a framework for three decarbonization scenarios. This collaborative approach added another level of cohesion to the reports, and individual authors also contributed to the overall research work.

Despite the different set of analytical tools at NREL, the research converges with the NREL Power Grid Modeler package, ReEDS — the regional energy deployment system —. ReEDS can simulate how power plants are installed and positioned at NREL grid locations but relies largely on internal and external data sets for its solar futures study results.

Extensive studies on solar energy technologies are still being done, with the government issuing a 12-page report on the solar futures study evolution that includes all sectors.

The solar futures study report that also includes future predictions does include the materials listed above and is available for reading on the Department of Energy website. It is also downloadable.  (1)

Affordable and accessible solar for everyone

Solar energy technologies are expanding rapidly and promise economic advantages to many communities. Still, the benefits can only come if the benefits have been shared fairly by the community or individual.

Overcoming past inequalities regarding solar energy supply and solar costs is important. It provides a clear benefit to local air quality mitigation and community opportunities. NREL quantifies the opportunity to build a more resilient solar system that will allow the use of renewable energy for all. This time, their software, based on a solar futures study, has been an important resource in evaluating factors that affect solar energy equity.

The Department of Energy is working on plans for underserved communities with solar that would be too expensive. They plan on offering programs that give assistance with the technology and also the implementation of solar energy.  (2)

There is no way to discuss solar integration without talking about Tesla. Tesla is rapidly shifting its business from automotive to residential solar. Traditionally solar energy storage has been mainly concerned with storing power generated by sunlight for use at night.

In 2015 Tesla introduced its Powerwall, which can store lithium-ionic batteries and solves the problem. A Powerwall battery is capable of producing 10 kWh of power. By comparison, car batteries have 1.2 kWh. The power wall is the most known product which stores solar electricity. 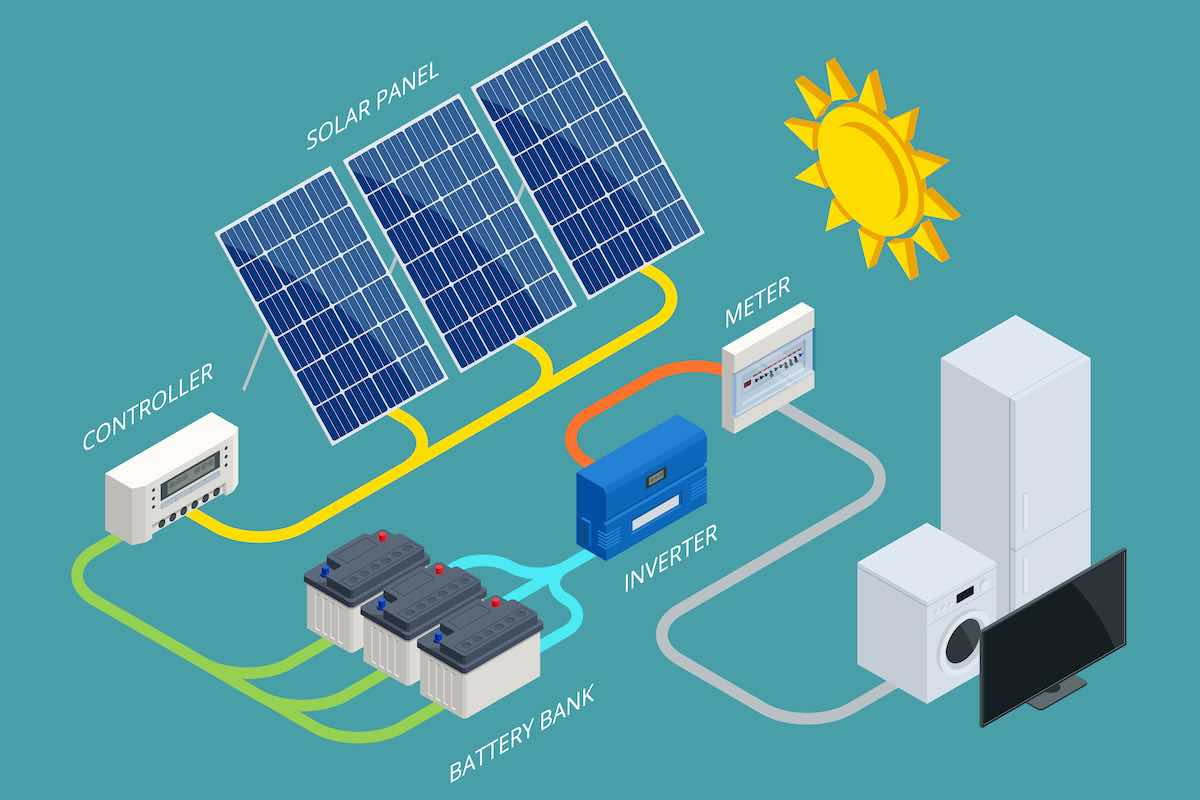 Who pays the bill?

Eventually, regulators must decide who or what agency will be charged with clean-up. The government is likely to adopt new legislation to encourage renewable energy recycling. This should help reduce waste generated by the early replacements of the existing ones in the future.

Future regulatory measures in the United States are likely to follow the US WEEE Directive. Almost every US state where electronics-recycling laws were passed has stayed true to the WEEE model.

In 2014, the Directive included a solar panel system of disposal. All electronics and energy suppliers must follow the directives and regulations. The answer to who pays the bill is possibly assistance to underserved or poorer areas of the USA.

Solar panels for every home

There are many ways to cut costs for homeowners. Shopping around is a great idea as not all suppliers charge the same for solar

SunFlare is an emerging solar startup aimed at becoming the next solar giant. SunFlare solar panel systems are based on the same metal blue design as conventional solar panels with no other features.

It has lightweight and thin panels. Sunflair uses a stainless steel substrate instead of silicon and glass for producing semiconductors just micrometers in thickness. The sun flare panel is available in standard and custom dimensions. The thinner panel offers more possibilities.

As of Feb. 7, 2022, Connor O’Neil and Connor Drives predicted that photovoltaic and concentrated solar energy will continue to increase quickly. The National Renewable Energy Laboratory (NREL) predicts solar energy could generate up to 45% of the electricity by 2050 as the system becomes completely decarbonized.

However, in the next decade, according to the National Renewable Energy Laboratory, solar energy technology will be primarily determined by its interaction and integration with other alternative energy technologies. This includes wind, which is more common in the northernmost tiers of the USA.

Solar energy integrates with the structures in use. Currently, just 3 % of rooftops are occupied with solar PV technology. Proper operation of demand-side utilities (e.g., energy storage) would reduce electricity grid carbonization costs by 22%. These findings emerge from NREL’s solar-building analysis.

The high cost of solar trash

The industry is currently unprepared to cope with the expected waste load.

After the pandemic, many areas of the United States, sadly enough, abandoned recycling of even plastics due to a lack of funds. Funding sufficiently to the smaller townships and municipalities will affect the cost of disposal of solar trash.

Solar is booming now in many areas of the US, but there are many problematic areas. These still need to be addressed before it becomes the norm for many individuals. Predictions vary wildly on when it becomes more affordable and available for the average individual. It could take until the year 2050 to become more commonplace.